Following are descriptions of two children diagnosed with ASD who present at different ends of the spectrum:

Daniel is high functioning, has average intelligence and attends 3rd grade in a regular classroom. Socially, he is isolated but he does not mind being

alone, in fact, he prefers it because he can play his own way. Peers consider him odd. He seldom makes eye contact and despite language abilities, rarely initiates conversation. Daniel is quite literal so he may not be able to discern when someone is joking and in general, misses emotional cues. His favorite preoccupation is drawing fire trucks on every paper but he dislikes the smell and sound of markers so he only uses pens, pencils or crayons. Sometimes he can be observed fidgeting with his fingers.

Lisa is 5 years old. She is a poor sleeper and often has tantrums, which seem unprovoked, and will hit herself. She is a very picky 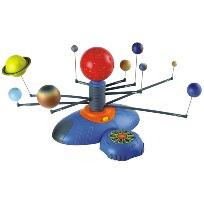 eater, sensitive to clothing tags and fabric seams, and is bothered by loud sounds for which she will cover her ears. She has an aversion to feeling wet so bathing is problematic. She seems like she is in her own world, has minimal communication, rocks, and becomes fixated on moving objects. She becomes angry when her routine is disrupted. Lisa scored low on a nonverbal test of intelligence. She attends a special school.

Because children like Daniel and Lisa experience ASD so differently, their treatment needs are individualized and often tailored to suit their families and parenting styles as well. A variety of therapies exist that address cognitive issues, communication, play, social, academic, self-care and self-regulation skills. Nutritionally, a number of parents note benefits of following a gluten-free, casein-free diet to reduce some ASD symptoms. What is advisable regardless of ASD severity is that interventions take place as early as possible.

Therapy with a child who has ASD is different than traditional talk therapy but building a relationship remains the key component, especially since forming emotional bonds is difficult for the child.

How can a psychologist be helpful to a child with ASD?

About the Author: Barbara Pedalino